Bruno Oberle was born in St. Gallen on 12 October 1955, and grew up in Locarno and Zurich. He studied biology and environmental sciences at the Swiss Federal Institute of Technology (ETH) Zurich, then completed additional education in political economy and pedagogy and did a doctorate at the ETH Zurich. Since 1980 he has been active in the area of environmental management and environmental protection. As an advisor he supported the public administration and businesses on technical and strategic issues concerning environmental protection. For several years he was a lecturer in the Department of Environmental Sciences at the ETH Zurich. From 1999 to 2005, Bruno Oberle served as Vice-Director of the former Swiss Agency for the Environment, Forests and Landscape (SAEFL), with responsibility for technical environmental protection. With effect from 1 October 2005, he was appointed by the Federal Council as Director of SAEFL. With effect from 1 January 2006 and until 2015, he was Director of the Federal Office for the Environment (FOEN). He was also Professor at the Swiss Federal Institute of Technology (ETH) Lausanne from 2016 to 2019. 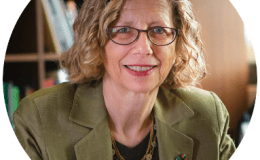